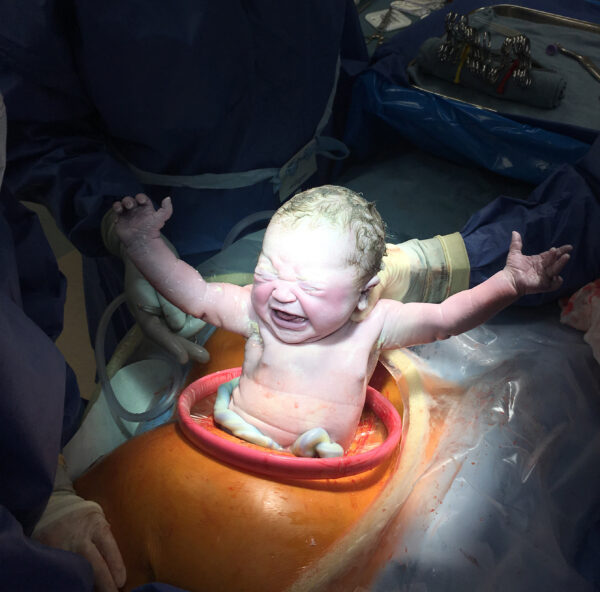 These days Caesarean section has been a very common way to give birth to a child.  But many people may wonder where the name of this particular procedure came from.

There have been a lot of references of removing babies from the mother’s abdomen in ancient times in places like Rome, Greece, China, India and Egypt. This procedure was taken place to give birth and to save the baby when the mother was dying or she was already dead.

Why a caesarean called a caesarean is because of the very common explanation that one can get to hear is, this is the procedure by which the Roman leader Julius Caesar was born. According to the Byzantine Encyclopaedia, Cesar’s mother Aurelia died in the ninth month of her pregnancy and then her womb was cut open with the help of the Roman tongue dissection and the baby was taken out. Thus the name Caesar came to existence. But this story may also sound unlikely because according to many historians, Caesar’s mother Aurelia was very much alive after her son’s birth and she was alive till Caesar grew up and became an adult.

It is said that during the time of the labour or the delivery, the doctor might think that the patient needs a C section because they find out that the vaginal birth can be very risky for both the mother and the baby.

In most cases C sections are very much safe for both the mother and the baby but at the same time it is a very major surgery. So one cannot take it very lightly or casually.

There is a thing called planned C-section. In this case, the mother already knows that the baby is going to be born with the help of the C section and they know the date earlier. In these cases the mothers may not experience labour. Before the procedure starts, the mother gets some IV and they keep receiving some fluids and necessary medicines. The mother will also have a catheter which is attached to the place so that the bladder can remain empty when the surgery is in run.

Most women go for planned C sections and during the time of the surgery they get some local anaesthesia which is either an epidural or a spinal block. This thing actually numbs down the waist and one will feel no pain during the surgery. During the time of the surgery, the patient can still stay awake and be conscious about what is going on. But in some cases the doctor can go for general anaesthesia where the patient goes to sleep. But this is a very rare instance.

The doctors mostly place a screen across the waist and so one will not be able to see the surgery when it is taking place. The doctor then goes for the incision in the abdomen and then another one in the uterus.

From where did the word caesarean come from can still be a matter of dilemma because one may not have a very clear idea about it.